Do You Need to Replace Deadbolt Latchbolts? - The Hardware Hut 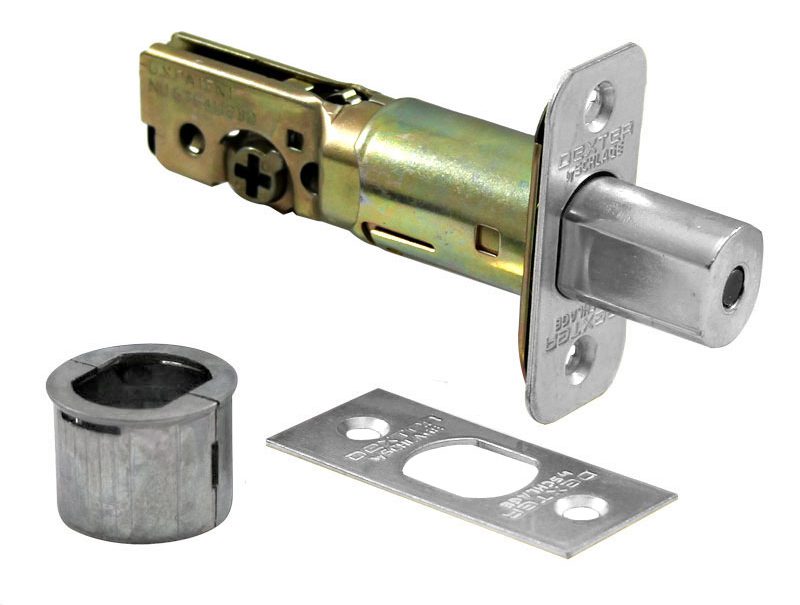 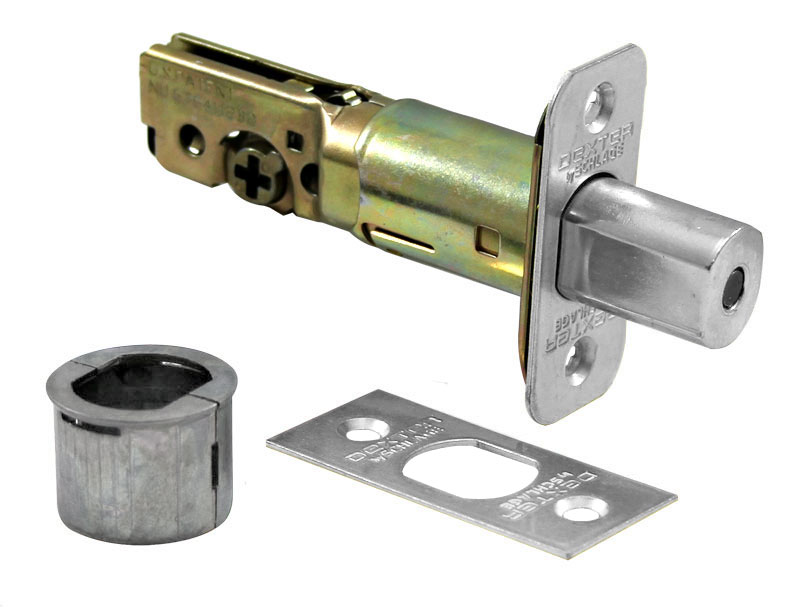 An email message came in recently from a customer needing to replace a defective deadbolt latchbolt. They wanted to know if we had the part to replace it. Unfortunately, not all latchbolts are the same, and there isn’t a universal option out there. At hardwarehut.com, we stock three brands of replacement latchbolts: Dexter by Schlage, Schlage Residential and Schlage Commercial, and Emtek. Lets talk about the brands and what options they come with.

First, you’ll need a little knowledge on faceplates and backsets.

A Triple-Option latch typically comes packaged with all three faceplate options, to make it interchangeable in the field. Using Schlage as an example, their triple-option latches come preinstalled with a radius mortise faceplate. However, they also include a square corner faceplate and a drive-in faceplate. To switch to square, you insert a flat head screw driver in a slot on both ends of the faceplate. Then, turn a little to separate the finished piece from the holding piece behind it. Be careful not to damage the holding piece behind it.

After this, the square faceplate won’t lock into place on the holding piece as the radius corner one did, and that is perfectly fine. It will still install the same. If you need to switch to the drive-in, you’ll do the same process. But after the faceplate is removed, you’ll turn the holding piece behind it to line up with some tabs on the latch. It should come off pretty easily, and you can then put on your drive-in faceplate, lining up with the tabs.

This one is a little tricky, as Dexter existed before Schlage bought them. When Schlage took over making the locks, they changed them just enough that the new latchbolts don’t work in place of the old ones. You’ll want to check the faceplate of the latchbolt to see if it says Dexter or Dexter by Schlage. We only carry the Dexter by Schlage latches and again, they won’t work with the old Dexter models. The Dexter by Schlage bolts are adjustable from 2-3/8″ to 2-3/4″. Adjusting them from 2-3/8″ to 2-3/4″ isn’t as intuitive as I had thought; you first have to extend the bolt, then twist down, pull it apart, and then twist back up to set it in place. The tailpiece of the deadbolt fits through a Plus Sign or Cross shaped piece that activates the latch. They are supplied with triple option faceplates.

The Schlage residential series has an adjustable backset from 2-3/8″ to 2-3/4″ and is super easy to change between. Hold each end of the latch in each hand and twist 180 degrees. You’ll know which backset it is on by the little markings on the latchbolt that say so. These have a slot with a large round hole in the center for the tailpiece of the deadbolt and come with a triple option latch.

The commercial versions are NOT adjustable, so you’ll need to measure your backset first. The shape is the slot with a large round hole in the center, just like the Schlage Residential. These come in two faceplate options: square corner mortise or drive-in.

The latchbolts from Emtek are also NOT adjustable backsets, so measure first. The shape is Plus Sign or Cross, like the Dexter by Schlage. We only stock them with square corner faceplates. We can special order a radius corner option for you if you need one, but Emtek does NOT make a drive-in version for their deadbolt latches.

Johnny Quinn
In 2002, Johnny Quinn joined TheHardwareHut.com in Customer Service. He and his husband own three properties they rent as part of their retirement plans. When not in the office, you might find him in an airport heading out on a fun adventure. He's been to Italy, Australia, and Peru with plans of heading to Thailand next.